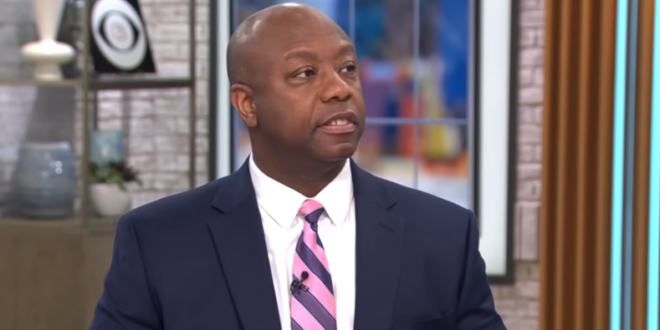 Scott Sends “Your Heat Will Be Turned Off” Money Begs

A week into December, Sen. Tim Scott (R-S.C.) is emailing residents that their heat is about to get cut off — except the alarmist messages from his campaign are actually just misleading fundraising pitches.

“Your heat will be turned off. Emergency Notice,” reads an unsettling email notification a South Carolina resident received on their phone on Wednesday.

After clicking on the alert, it leads to an email with the same subject line, “Your heat will be turned off.” It’s only after opening the email itself that it becomes clear that this isn’t an emergency overdue heating bill. It’s Scott’s campaign asking for money.

The email itself urges readers to take a survey on whether it’s time to increase oil and gas drilling.

It doesn’t matter how you respond: All of the links take you to the same page asking for money for Scott’s campaign. https://t.co/VQ9e4mv59T