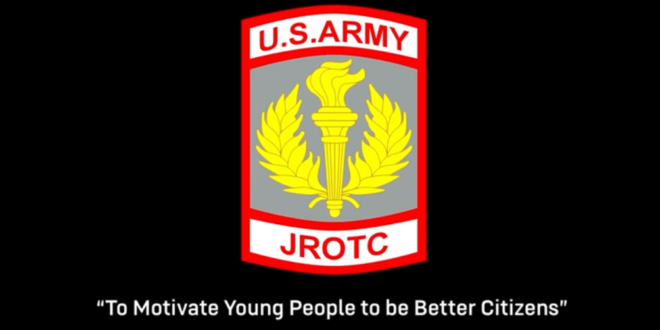 J.R.O.T.C. programs, taught by military veterans at some 3,500 high schools across the country, are supposed to be elective, and the Pentagon has said that requiring students to take them goes against its guidelines. But The New York Times found that thousands of public school students were being funneled into the classes without ever having chosen them, either as an explicit requirement or by being automatically enrolled.

A review of J.R.O.T.C. enrollment data collected from more than 200 public records requests showed that dozens of schools have made the program mandatory or steered more than 75 percent of students in a single grade into the classes. A vast majority of the schools with those high enrollment numbers were attended by a large proportion of nonwhite students and those from low-income households, The Times found.

In high schools across the U.S., thousands of students are being placed in the military’s JROTC classes without choosing them on their own.

“The only word I can think of is ‘indoctrination,'” one parent said. https://t.co/Jopf3EYAne

Previous Murdoch To Be Deposed In Dominion’s $1.6B Lawsuit
Next Lawyer Sues Cawthorn For $193K In Unpaid Legal Fees