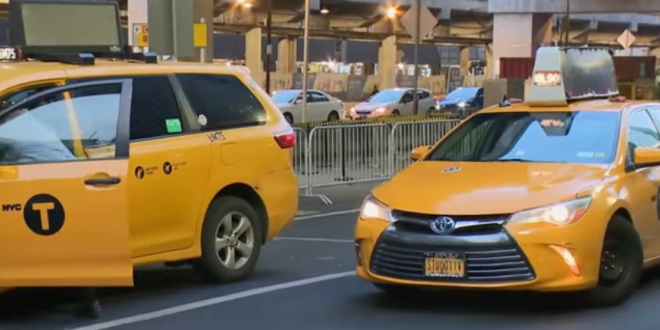 Damian Williams, the United States Attorney for the Southern District of New York, and John Gay, the Inspector General of the Port Authority of New York and New Jersey (the “Port Authority”), announced the unsealing of an Indictment charging DANIEL ABAYEV and PETER LEYMAN with two counts of conspiracy to commit computer intrusions.

The Indictment charges that ABAYEV and LEYMAN hacked the electronic taxi dispatch system (the “Dispatch System”) at John F. Kennedy International Airport (“JFK”). Taxi drivers are required to wait in a holding lot at JFK before they are dispatched to pick up a fare.

A computer system ensures that taxis are dispatched in the order in which they arrived. ABAYEV and LEYMAN conspired with Russian nationals to hack the Dispatch System and move certain taxis to the front of the line, in exchange for payment.

ABAYEV and LEYMAN were arrested this morning in Queens, New York, and will be presented this afternoon before United States Magistrate Judge Gabriel W. Gorenstein.

From at least September 2019 through September 2021, ABAYEV and LEYMAN, who are U.S. citizens residing in Queens, New York, and Russian nationals residing in Russia (the “Russian Hackers”), engaged in a scheme (the “Hacking Scheme”) to hack the Dispatch System at JFK.

ABAYEV, 48, and LEYMAN, 48, both of Queens, New York, are each charged with two counts of conspiracy to commit computer intrusion. The charges carry a maximum sentence of 10 years in prison.