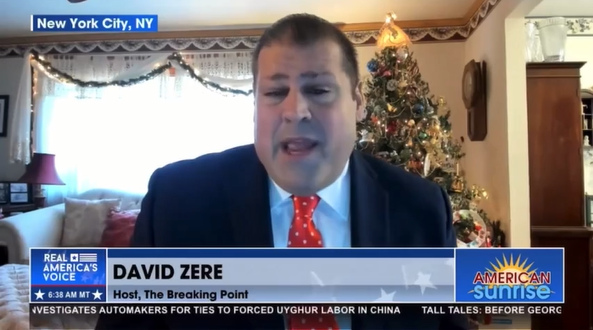 Right Wing Host: Santos Said He’s Worth Up To $22M

“What was the point of everybody standing in the streets and fighting for election integrity all these years and accountability from elected officials if we’re going to support fraud on our side, and just because it’s an extra vote? = Real America’s Voice host David Zere.