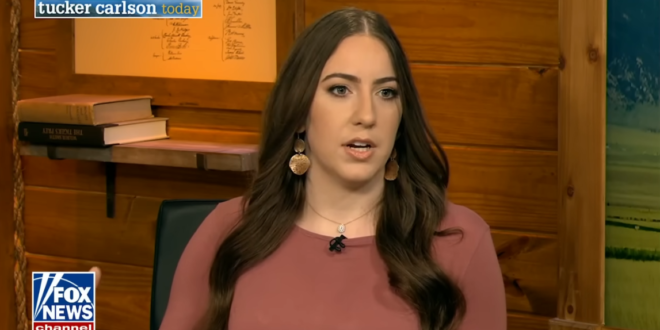 Chaya Raichik, the woman behind the far-right LibsofTikTok account, may have trespassed at the Capitol during the Jan. 6 riot, according to newly discovered footage found hours after Raichik appeared in her first on-camera television interview.

Raichik appeared in an interview with Fox News host Tucker Carlson on Tuesday where she called the LGBTQ community a “cult” and baselessly accused LGBTQ people of being “evil groomers.”

After appearing in an on-camera interview with Tucker Carlson, some experts think they’ve now placed Chaya Raichik at the Capitol riot. https://t.co/VKdydZYQcB

Several prominent antifascist organizers and journalists, including antifascist researcher Chad Loder, have had their accounts suspended in the past week, after right-wing operatives appealed directly to Musk to ban them. https://t.co/ekQ2wiuDVp

Previous Santos: “I Helped Develop Carbon Capture Technology”
Next Zelensky To Russians: “No One Will Ever Forgive You”