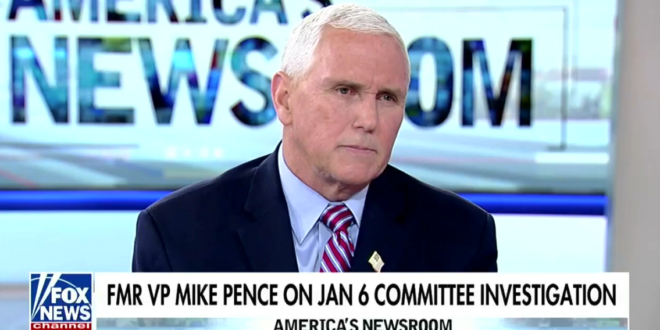 “I wrote this in my book, that how many times Adam Schiff said that there was evidence of collusion with Russia. Two and a half years we listen to Adam Schiff talk about evidence that he had seen that that was never there.

“But let me be very clear about this point. Congress has no formal role in Justice Department decisions, so they can only make recommendations today.

“But when it comes to the Justice Department’s decision about about about bringing charges in the future, I would hope that they would not bring charges against the former president.

“As I wrote in my book, I think the president’s actions and words on January 6th were reckless. But I don’t know that it’s is criminal to take bad advice from lawyers. And and so I hope the Justice Department is clear.” – Mike Pence, this morning on Fox News.