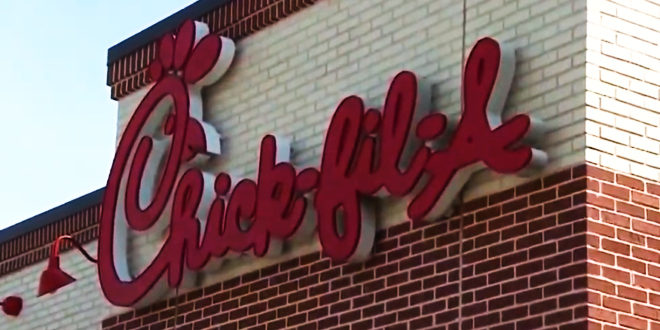 A Chick-fil-A restaurant in North Carolina will have to pay almost $7,000 after it was caught having child employees operate dangerous machinery and trying to pay teen employees in meal vouchers. The DOL found that the same employer “also paid certain employees — who were asked to direct traffic — to work for meal vouchers rather than wages.”

Several Twitter users have shared screenshots of now-deleted Facebook posts by the Hendersonville Chick-fil-A that may have led to the DOL investigation. “We are looking for volunteers for our new Drive Thru Express! Earn 5 free entrees per shift (1hr) worked. Message us for details,” one post reportedly said.

Hey @ChickfilA can you explain why your allowing a franchisee to hire unpaid positions? This is unacceptable. #chickfila #unionize pic.twitter.com/mR3RUOBRML