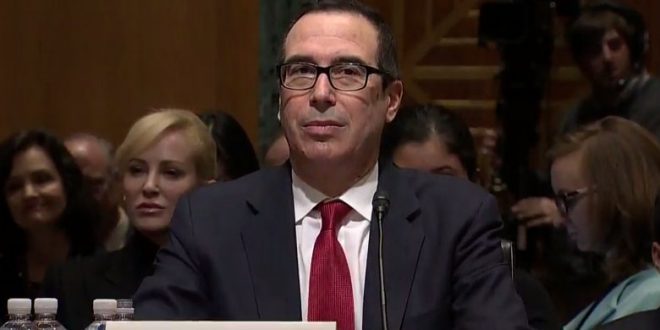 Mnuchin: I Googled Using The 25th To Remove Trump

Former Treasury Secretary Steven Mnuchin said he briefly talked about using the 25th Amendment to remove former President Trump from power during a discussion with former Secretary of State Mike Pompeo in the wake of the Jan. 6 riot.

But Mnuchin, who served as Treasury secretary from the beginning of the Trump presidency to its end, said he did not seriously consider using the measure to remove Trump from office.

“The only research I did out of curiosity was I googled it,” Munchin said, adding, “I remember my general counsel asking me if we wanted him to do extensive research on it. I said, no, not at this point.”

Previous House Sergeant At Arms: Police Response To Rioters Would’ve Been “Vastly Different” If Rioters Were Black
Next CA Bans Tesla From Advertising Cars As Self-Driving