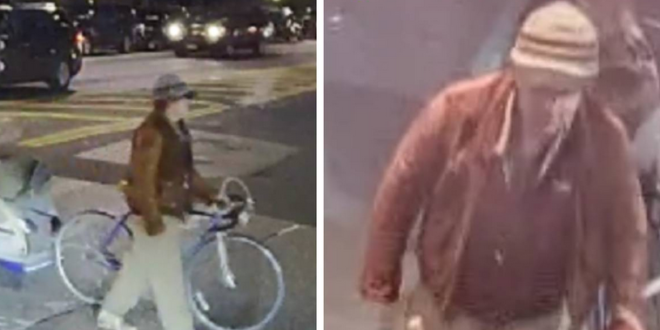 A Jewish man was attacked in Central Park by a suspect who screamed “Kanye 2024″ and antisemitic slurs as he jumped his victim in what police are investigating as a hate crime. The 63-year-old victim was walking through the park near Terrace Drive and East Drive about 7:30 p.m. Wednesday when the assailant, described as a white man in his 40s, crept up and struck him from behind.

“F— You Jew!” the man screamed along with “Kanye 2024!” Thursday’s unprovoked sneak attack sent the victim sprawling onto the ground, where he chipped his tooth and broke his hand, police said. Cops released images of the assailant in the hopes someone recognizes him. At the time of the attack he was wearing a brown jacket, beige pants, white sneakers and a multi-colored hat.

A man in his 40s crept up and attacked a Jewish man, 63, from behind in Central Park.

No arrests have been made.https://t.co/i0QoUzKPrh