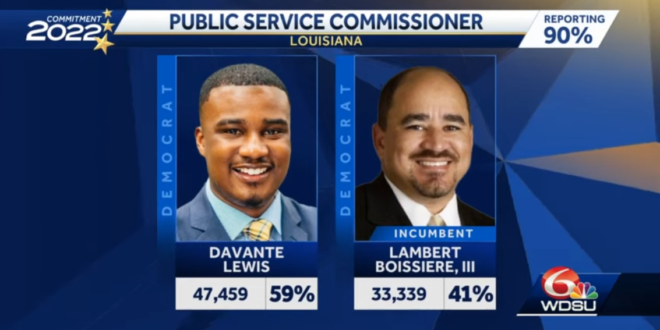 Progressive policy advocate Davante Lewis defeated three-term Public Service Commissioner Lambert Boissiere III on Saturday, handing the incumbent and utilities that backed him a stunning loss with the help of big money from environmental groups who want to shake up the commission.

Lewis, 30, who lives in Baton Rouge and works for the left-leaning Louisiana Budget Project, ran on a platform of making bold changes to how Louisiana regulates utilities. He becomes the first openly LGBTQ person elected to state office in Louisiana, according to the LGBTQ Victory Fund.