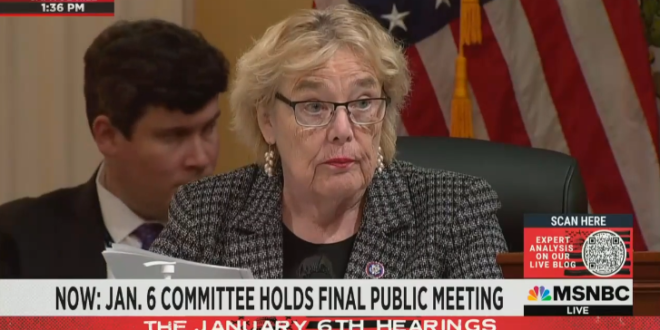 Rep. Zoe Lofgren revealed on Monday that the committee investigating the January 6 Capitol riot obtained evidence Trump and associates linked to him tried to influence witnesses by offering potential employment. She also claimed one witness was told by a lawyer who would not reveal who was paying for his services that she could tell the committee she did not recall certain events when she actually did.

“We also learned that a another client was offered potential employment that would make her, quote, financially very comfortable as the date of her testimony approached by entities that were apparently linked to Donald Trump and his associates,” she said. The job offer was allegedly rescinded once the content of the testimony from the witness was reported, Lofgren alleged.

1/6 committee member Zoe Lofgren (D-CA) says the committee found that some of Donald Trump’s fundraising from false claims of election fraud was used to “provide or offer employment to witnesses.” pic.twitter.com/HQfUMzJjrS