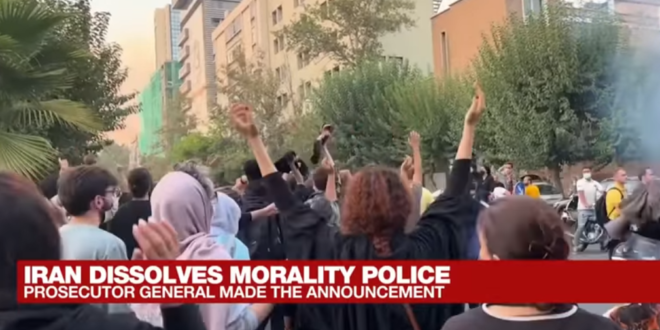 Iran has abolished the morality police, according to an announcement by the attorney general carried on state media, following months of protests set off by the death of a young woman who was being held by the force for supposedly violating the country’s strict Islamic dress laws.

The decision, reported by state news outlets late Saturday night, appeared to be a major victory for feminists who have sought for years to dismantle the force and for the protest movement ignited by the death of the young woman, Mahsa Amini, 22, in September.

The morality police “was abolished by the same authorities who installed it,” the statement by Attorney General Mohammad Javad Montazeri said, according to state media reports.

Breaking News: Iran has abolished its morality police after months of protests set off by the death of Mahsa Amini, a young woman who was arrested over the strict Islamic dress code. https://t.co/eDU6WU5Vcl