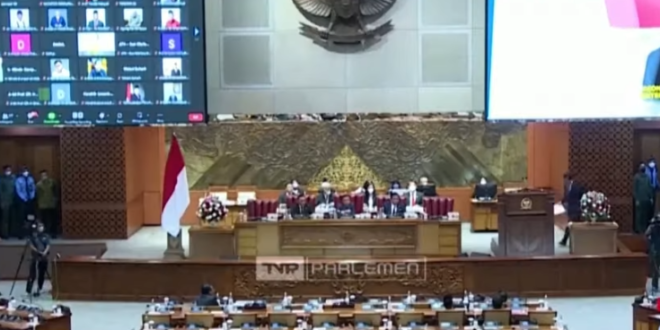 Indonesia’s Parliament unanimously passed a long-awaited revision of the country’s penal code on Tuesday that criminalizes sex outside of marriage for citizens as well as foreigners, prohibits promotion of contraception and bans defamation of the president and state institutions.

Rights groups criticized some of the revisions as overly broad or vague and warned that adding them to the code could penalize normal activities and threaten freedom of expression and privacy rights.

However, some advocates hailed the passage as a victory for the country’s LGBTQ community. During fierce deliberation, lawmakers eventually agreed to remove an article proposed by Islamic groups that would have made gay sex illegal.

Read the full article. Same-sex marriage remains banned so this doesn’t seem like much of a “victory.”

Breaking News: Indonesia has outlawed sex outside of marriage in a sweeping overhaul of its criminal code that also sharply expands its laws against blasphemy. https://t.co/FFCGjZusn3