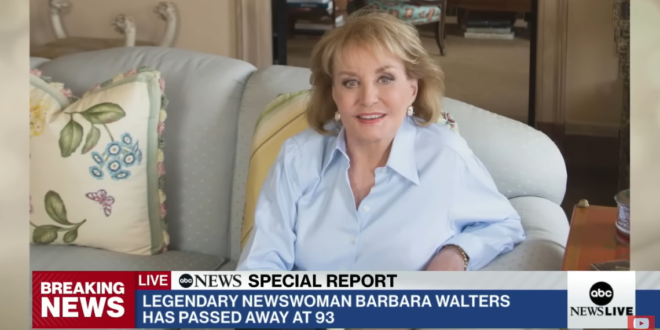 Barbara Walters, the trailblazing television news broadcaster and longtime ABC News anchor and correspondent who shattered the glass ceiling and became a dominant force in an industry once dominated by men, died Friday. She was 93.

In a career that spanned five decades, Walters won 12 Emmy awards, 11 of those while at ABC News. She made her final appearance as a co-host of “The View” in 2014, but remained an executive producer of the show and continued to do some interviews and specials for ABC News.