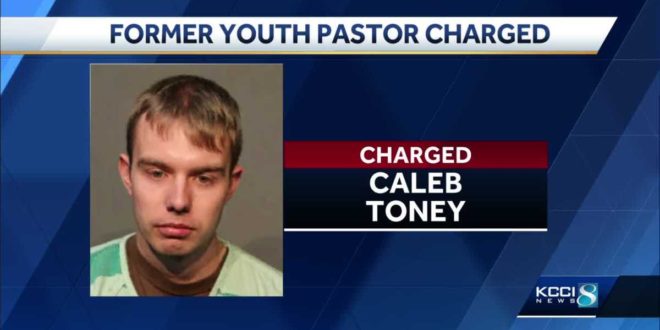 A former Des Moines metro area youth pastor is charged with giving alcohol to minors and sexually assaulting them. Caleb Toney faces five charges, including assault with intent to commit sexual abuse and supplying alcohol to someone underage.

A criminal complaint says that while Toney was a youth pastor, he gave alcohol to minors on more than one occasion at an apartment in Ankeny and a home in Elkhart.