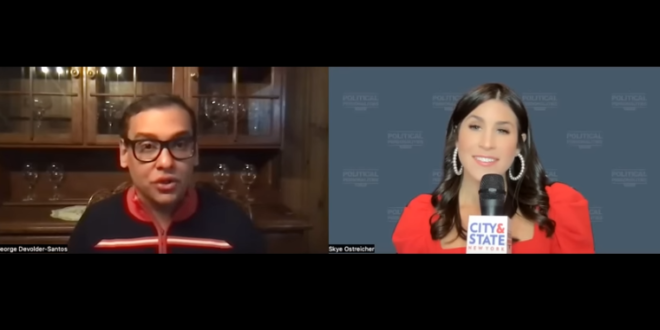 “Did I embellish my resume? Yes, I did. And I’m sorry. And it shouldn’t be done,” Santos told City & State Monday night, in the first on-camera interview since a number of stories were published revealing that Santos habitually lied and misled voters about who he was and what he did.

Santos also, for the first time, responded to questions about the massive increase in reported assets over just two years. Santos claimed, simply, that business was booming.

He said that he left Harbor City Capital – a firm that was effectively disbanded in 2021 after the SEC accused ownership of financial crimes – to open his own firm. “And it just worked, because I had the relationships and I started making a lot of money.”