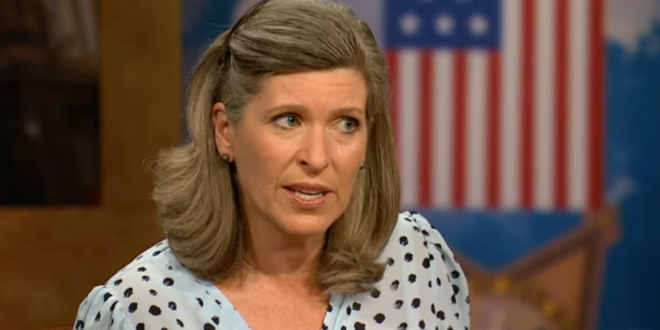 One of the 12 traitorous Republican senators who voted for the Respect for Marriage Act is finding a not-so-warm welcome back in her home state, where a conservative leader predicts Joni Ernst’s political future is up in the air after she rejected bedrock religious beliefs about marriage.

One could have predicted the GOP’s most liberal senators, Lisa Murkowski and Susan Collins, would cave to elbow-twisting Democrats to cross the aisle and support the legislation, but one surprising name among the dozen was Joni Ernst, Iowa’s junior senator.

After the staunch conservative came to Capitol Hill in 2015, she was supposed to be one of the good guys, says Bob Vander Plaats of The Family Leader. “We encouraged her as best as we could to stand firm on God’s design for the family, the cornerstone, which is one-man and one-woman marriage, and for sure for religious liberty,” he recalls. “And she failed both tests.”

Vander Plaats, you may recall, was once accused of trading his presidential endorsement of Rick Santorum for a $1 million donation. He tells the AFA that he doesn’t know who might primary Ernst in the next election, but that “the base won’t forget this.”

Joni Ernst’s political future is up in the air after she rejected bedrock religious beliefs about marriage.https://t.co/UotfFYo60n

Previous Gay Nephew Calls Out Rep For Lies About Marriage Bill
Next Fox Host: “Liberals Are The Most Intolerant People”