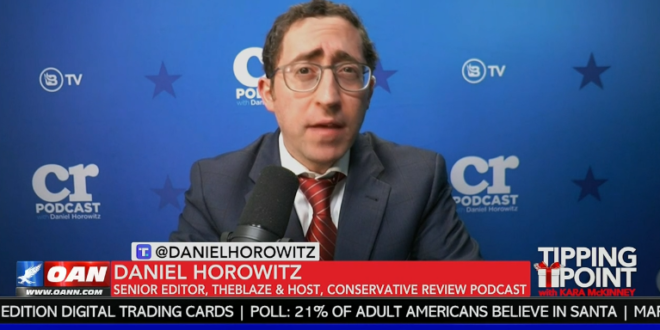 “Unofficially, it also codifies slavery for the red states, to make it clear that henceforth they are going to be beholden to whatever new licentious hotness of the day California and the blue states come up with.

“Fun fact. Even when this was a very strong Judeo-Christian nation, the reality is there was never anything technically, legally stopping a state from redefining marriage, you know same-sex, or whatever else they wanted to do.

“Yet this for the first time, forces states to redefine marriage. It is such a radical idea. It literally redefines the building block of civilization, implicitly redefining men and woman.

“And again, it’s not just about religious liberty. It is about reinforcing a national grooming that there are no familiar ties, there’s no men and women, there’s no family.

“You’re all a bunch of androgynous, unrecognizable AI bots that just follow what we’re doing. And this is all about increasing the momentum of — according to Gallup, 21% of Gen Z individuals identify as one of the alphabet soup distinctions that cannot procreate.

“Notice how everything they want to do always seems to lead to one outcome. They don’t like procreation very much, and at some point we have to ask, well, is 20%, 40%, what’s enough?

“Well, what if everyone just said ‘I’m a homosexual?’ I mean, is that a good thing? You know, at some point you do have to procreate. Someone’s got to make the next generation.

“And in what universe do they think that that agenda needs even more momentum? But again, how many Republicans actually oppose that? Very, very few.” – Senior editor for Glenn Beck’s The Blaze, Daniel Horowitz, speaking today on OAN.

If you can bear to actually watch the clip, you’ll see OAN host Kara McKinney and Horowitz go down the usual “legalized pedophilia” is next road. McKinney last appeared here when she blamed a rise in crime on “witchcraft.”