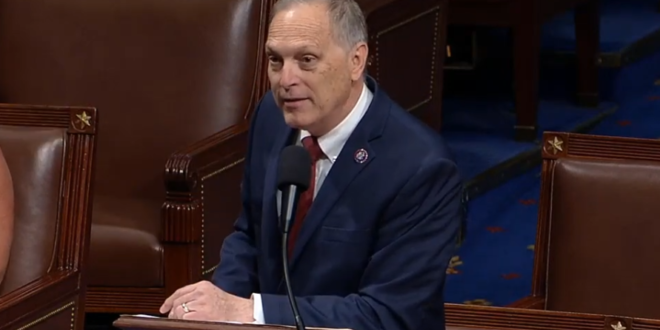 Rep. Andy Biggs (R-Ariz.), the former chair of the right-wing Freedom Caucus, on Tuesday announced he is running against House Minority Leader Kevin McCarthy (R-Calif.) for speaker of the House.

Biggs cited instances where McCarthy was disloyal to Trump, such as privately floating censure in the aftermath of Jan. 6 and his initial support for Rep. Liz Cheney (R-Wyo.), who voted for Trump’s impeachment.

When the House votes for speaker on Jan. 3, McCarthy will need the support of a majority of members voting for a candidate. “Present” votes won’t count against him, but votes for Biggs or another candidate will.

NEW: Andy Biggs, the former chair of the right-wing Freedom Caucus, says he’s running against Kevin McCarthy for speaker of the House. https://t.co/yulwQ8j0aV