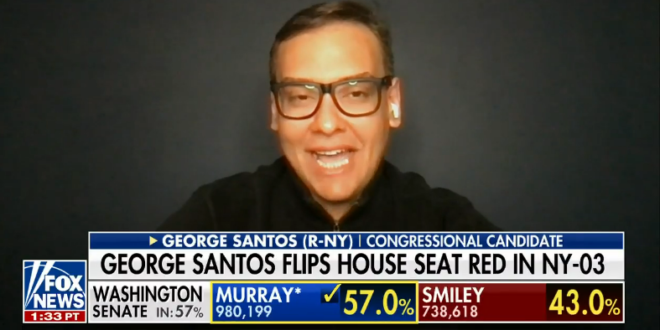 Fox News has all but ignored the growing controversy since The New York Times published its investigation of the GOP politician on Monday. Of course, this is far from the first time the network has largely turned a blind eye to a story with inconvenient facts for its right-wing audience.

Fox News had presented Santos as a rising star of the GOP. Besides regularly featuring him on its airwaves before and after the midterm elections, the network’s website published multiple “exclusive” stories fawning over Santos’ “historic” electoral victory and giving him space to call himself the “full embodiment of the American dream.”

A few weeks ago, Fox News was embracing George Santos as a rising star of the GOP.

Since revelations that he apparently fabricated large parts of his biography, the network has largely ignored the growing scandal.https://t.co/tnVNLn6uvO