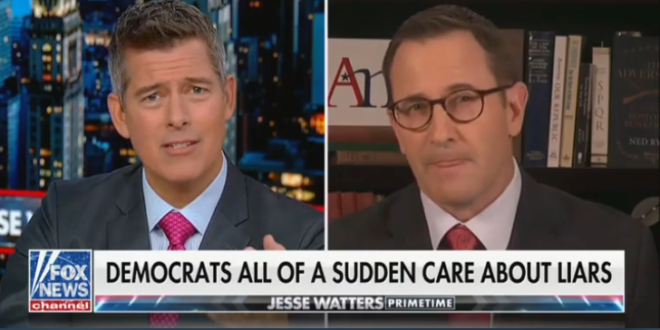 “The size of the lie matters, doesn’t it? So, George Santos, yeah, he did. He lied to a congressional district in New York. 750,000 people. Bad. Shouldn’t do it.

“But these Democrats, these are national Democrats, they were lying to the whole American people. They were trying to impeach a president, undo an election, by their lies.

“Way more serious than what George Santos has done. And how rich is it, they have no shame to go, ‘Geoge Santos is a liar, he should resign.’ They don’t look in the mirror.

“George Santos lied before he was sworn in and he doesn’t get sworn in until Jan. 3. George Santos, do not resign. Stay in Congress and work for your district.” – Reality show contestant turned GOP rep turned Fox host Sean Duffy.

Previous Trump Overruled Plan To Ban Extremist From J6 Rally
Next CDC: New Omicron Variant Is Spreading Quickly In US