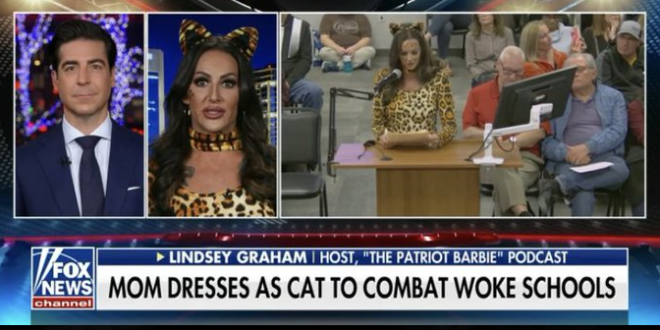 “All it takes is a few of us to stand up and speak truth and find the partners in crime if you will,” she told Watters. “We really can unite together and fight back and save our children.”

Jesse Watters Interviews Woman Dressed as a Cat to Protest ‘Woke’ Schools Because Sure, Why Not?https://t.co/Wef4bAFO4V