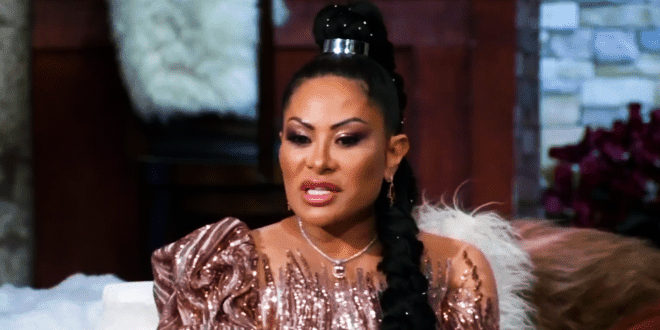 Federal prosecutors asked a judge to sentence former Real Housewives of Salt Lake City star Jennifer Shah to 10 years in prison, calling her the “most culpable person charged” in a nationwide telemarketing fraud scheme that targeted the elderly.

In July, Shah pleaded guilty to participating in a wire fraud conspiracy for purported coaching serves for online business opportunities, which she acknowledged had “little or no value.”

Throughout her ordeals, Shah maintained her innocence and reportedly proclaimed: “the only thing I’m guilty of is being Shah-mazing.”

Read the full article. As you can see below, Shah is still very active on Twitter.

🚨🚨🚨Government seeks 10 years for @therealjenshah. ¨The defendant is the most culpable person charged in this case. For…reasons below, she should be sentenced to a term of 120 months’ imprisonment.¨Her big mouth post arrest also did her in. #shahfraudhttps://t.co/gR10Z2Wv0x

Lisa…unblock me so we can go. Bcuz you tweetin but having me blocked is like saying your the richest bitch but crowd funding for your front row jazz tickets. #marywasright pic.twitter.com/ulwC07FA1f

Judge Stein: Ms. Shah, what did you do?
Shah: Wire fraud, offering services with little to no value. We used interstate telephones and emails. I knew many of the purchasers were over the age of 55. I am so sorry.