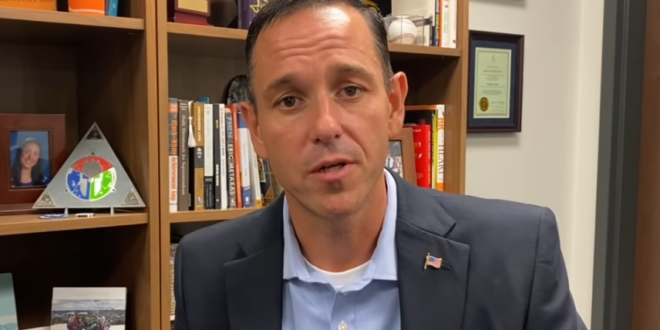 Education and legal experts say the federal probe of the Granbury Independent School District — which stemmed from a complaint by the American Civil Liberties Union of Texas and reporting by NBC News, ProPublica and The Texas Tribune — appears to be the first such investigation explicitly tied to the nationwide movement to ban school library books dealing with sexuality and gender.

Granbury’s superintendent, Jeremy Glenn, instructed librarians to remove books dealing with sexual orientation and people who are transgender. “I don’t have any issues with what people want to believe, but there’s no place for it in our libraries.”

Read the full article. My March 2022 report on Superintendent Jeremy Glenn [photo above] is here.

The Dept. of Ed’s Office for Civil Rights investigation is believed to be the first related to the nationwide movement to ban school library books dealing with sexuality and gender. https://t.co/hOuVGU7uzV