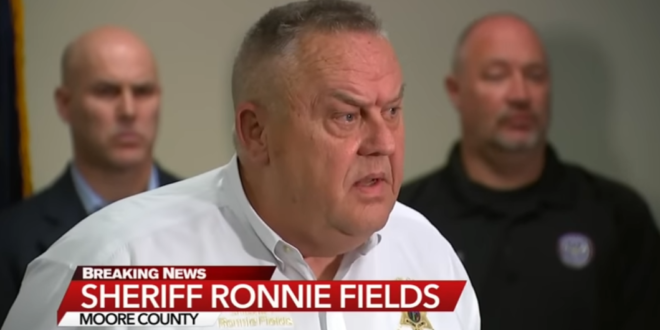 With no suspects or motive announced, the FBI is joining the investigation into power outages in a North Carolina county believed to have been caused by “intentional” and “targeted” attacks on substations that left around 40,000 customers in the dark Saturday night, prompting a curfew and emergency declaration.

The mass outage in Moore County turned into a criminal investigation when responding utility crews found signs of potential vandalism of equipment at different sites – including two substations that had been damaged by gunfire, according to the Moore County Sheriff’s Office.

“The person, or persons, who did this knew exactly what they were doing,” Moore County Sheriff Ronnie Fields said during a Sunday news conference. “We don’t have a clue why Moore County.”

All Moore County schools are closed Monday as the American Red Cross offers a 24-hour shelter in the county to help thousands of people lacking heat, medical care and other necessities during a mass power outage.

Sheriff Ronnie Fields said the Moore County Sheriff’s Office is working with state and local law enforcement. When asked if this was an incident of domestic terrorism, Fields replied, “I can’t answer that,” but added, “This was targeted. It wasn’t random.”

Investigators aren’t sure if there is a tie between the substation damage and a drag show at the Sunrise Theater in Southern Pines that sparked a lot of controversy in the area. There was heavy security at the drag show amid concerns about protesters and fears of possible violence.

With no suspects or motive announced, the FBI is joining the investigation into power outages in a North Carolina county believed to have been caused by “targeted” attacks on substations, prompting a curfew and emergency declaration. https://t.co/5oFAeiULjS