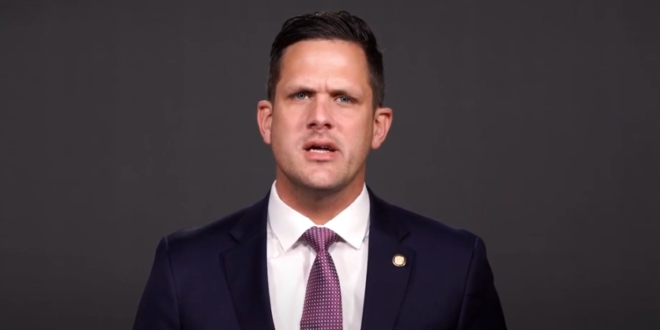 “In America, we adhere to the rule of law and, as such, Rep. Harding is presumed innocent and will have the opportunity to plead his case before a court. Since the indictment does not relate to any aspect of his legislative duties, any further questions should be directed to his legal counsel.”

Harding, 35, was first elected to the Florida House representing parts of Levy and Marion counties in 2020 and won reelection last month. Renner named him to serve on six committees and as vice chair for two of them — Health & Human Services and PreK-12 Appropriations.

Read the full article. As I reported early this morning, Harding is proclaiming his innocence, saying that he returned the funds in question. He is also asking his Facebook followers for prayers for himself and his family. Per the DOJ, Harding faces up to 35 years in prison on the six felony counts.

“Today, I pleaded not guilty to federal charges that state I improperly obtained and used an EIDL loan issued by the Small Business Administration.” #florida https://t.co/mrQN6WDyMU via @FLPhoenixNews

Previous Sioux City: Trump Is Stiffing Us On His Rally Invoices
Next Paul Warns Russia: Not Releasing Whelan Hurts Tourism