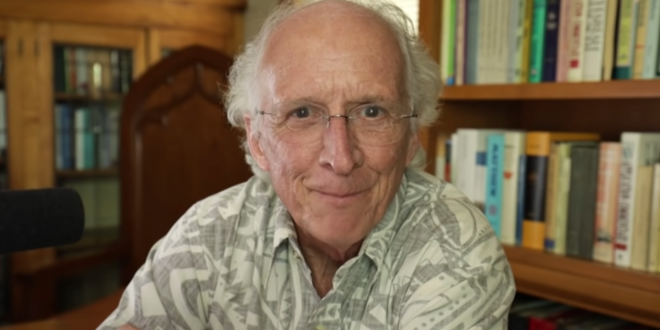 Notable Bible teacher and author John Piper said this week that modern-day Christians should not “rule out” the New Testament command for followers of Christ to give each other a “holy kiss.”

In a “Look at the Book” video posted to YouTube on Thursday, Piper examined if Christians should still give greetings to each other through holy kissing. Piper viewed the holy kiss command as showing “there should be a family affection in the Church” that includes “appropriate expressions — outward expressions — of that affection.”

“That’s at least what a ‘kiss’ means,” said Piper. “And the word ‘holy’ means don’t make it a romantic kiss. Don’t let there be any sexual element in it.”

Piper last appeared on JMG when he called for “circumcising the hearts” of atheists. Piper first appeared here in 2015 when he declared that sex is for Christians only.

Last year Piper declared all sexual role-playing to be against Jesus because “fantasized sin is still sin.”

In 2020, YouTube removed a Piper sermon in which he declared COVID to be God’s judgement for sin. The usual suspects screamed in outrage.