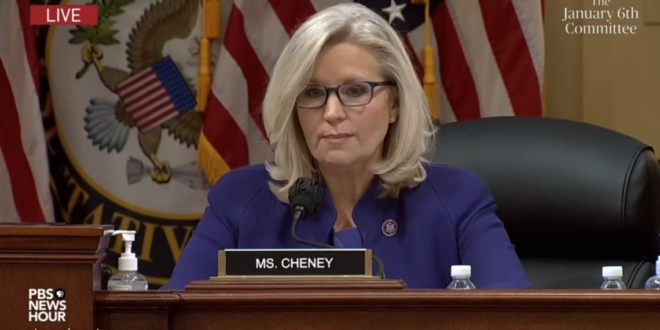 In the eyes of many in the world, this every four-year ceremony that we accept as normal is nothing less than a miracle. Every president in our history has defended this orderly transfer of authority except one.

January 6, 2021, was the first time one American president refused his constitutional duty to transfer power peacefully to the next.

In our work over the last 18 months, the select committee has recognized our obligation to do everything we can to ensure this never happens again.

At the beginning of our investigation, we understood that tens of millions of Americans had been persuaded by President Trump that the 2020 election was stolen by overwhelming fraud. And we also knew this was flatly false.

We knew dozens of state and federal judges had addressed and resolved all manner of allegations about the election. Our legal system functioned as it should, but the president would not accept the outcome.

Among the most shameful of this committee’s findings was that President Trump sat in the dining room off the Oval Office watching the violent riot at the Capitol on television.

For hours, he would not issue a public statement instructing his supporters to disperse and leave the Capitol, despite urgent pleas from his White House staff and dozens of others to do so.

Members of his family, his White House lawyers, virtually all those around him knew that this simple act was critical. For hours, he would not do it.

During this time, law enforcement agents were attacked and seriously injured. The Capitol was invaded. The electoral count was halted.

And the lives of those in the Capitol were put at risk. In addition to being unlawful, as described in our report, this was an utter moral failure and a clear dereliction of duty.

In 1761, John Adams wrote, ‘The very ground of our liberties is the freedom of elections, faith in our elections, and the rule of law is paramount to our republic.’

Election deniers, those who refuse to accept lawful election results, purposely attack the rule of law and the foundation of our country.

No man who would behave that way at that moment in time can ever serve in any position of authority in our nation again. He is unfit for any office.