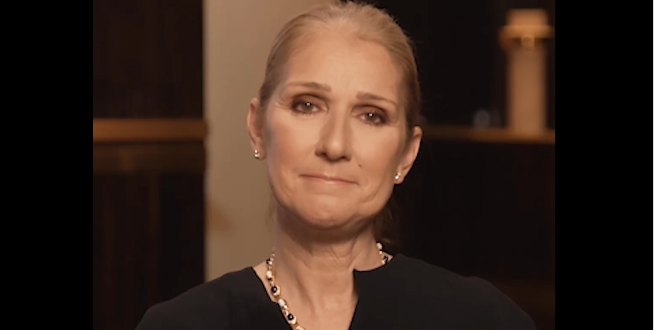 Céline Dion revealed Thursday morning that she’s been diagnosed with Stiff Person Syndrome, a rare and incurable neurological disease that can cause debilitating muscle spasms.

In a tearful video posted to her Instagram account in both English and French, the Canadian singer said her condition would force her to postpone and cancel a series of upcoming concert dates.

“Recently, I’ve been diagnosed with a very rare neurological condition called Stiff Person Syndrome, which affects something like one in a million people,” she said in her video. “While we’re still learning about this rare condition, we now know that this is what has been causing all of the spasms that I’ve been having.”

Stiff-person syndrome is “a rare, progressive syndrome that affects the nervous system, specifically the brain and spinal cord,” according to the National Institute of Neurological Disorders and Stroke.

“Symptoms may include extreme muscle stiffness, rigidity and painful spasms in the trunk and limbs, severely impairing mobility,” the institute says. “Spasms can generate enough force to fracture bone.”

Specific treatments “will improve the symptoms … but will not cure the disorder,” it says. Dion has struggled with her health for a while, she said, adding she has a great team of medical professionals and her children’s support.