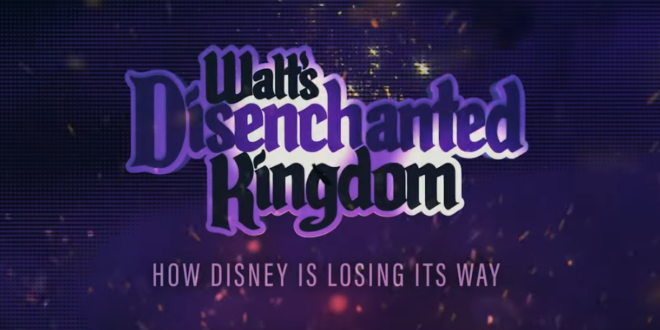 Early in the new year, the Catholic League will release a documentary on Disney that will expose the organization for what it has become. We are releasing the trailer today; it is available on our website. Here’s why we decided to do the movie.

When I was in the 7th grade, I was asked by one of my nun teachers who was the person I most admired. I said Walt Disney. When asked why, I simply said it is because he makes so many people happy.

That was then. Over the years, beginning in large measure in the 1990s, Disney turned against its family-friendly image, making and distributing fare that sharply broke with its moorings.

Fast forward to this year. On March 28, Disney released a statement condemning a Florida bill that barred teaching students K-3 about sexuality and gender identity. Gov. Ron DeSantis signed the bill, arguing that children that young should not be subject to such content.

I was taken aback by what the “family-friendly” giant did. Walt would never sanction this form of child abuse. I figured that evangelicals would be aghast at Disney’s stance as well, so I called my friend Tony Perkins, president of the Family Research Council, asking if he would join me in requesting a meeting with Bob Chapek, the CEO of Walt Disney Company. If Chapek stiffed us, I said, we would respond with vigor.

When Chapek never responded, I decided something must be done to register our outrage. If the Catholic League were to produce a documentary on how Disney has changed from its beginnings—it has joined forces with the most radical elements of the gay and transgender movement—that could have a significant cultural impact.

There are signs that Disney is in over its head. Hundreds of Christians showed up at a rally in the spring pushing back against its morally debased presentations and activities.

As was widely reported, that rally was attended by literal Nazis waving swastikas and DeSantis banners. Curious that Donohue fails to mention that tidbit. As you’ll see in the trailer below, Ben Carson and Tony Perkins appear in the film.