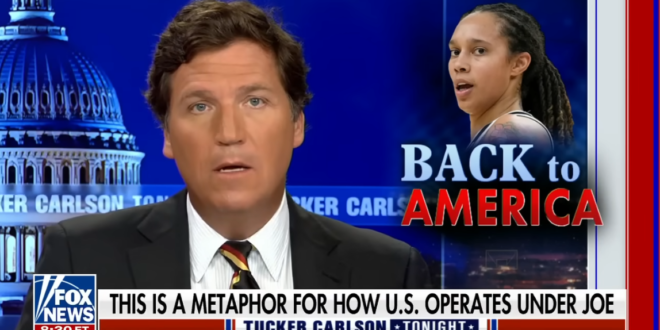 “So at this point, we can assume the obvious, the Biden administration chose Brittney Griner over Paul Whelan. The basketball player over the Marine facing 16 years. There was only room for one in the lifeboat, and the Marine got left behind.

“Well, why’d they make that choice? Well, you should know that Whelan is a Trump voter and he made the mistake of saying so on social media. He’s paying the price that now.

“She hates the country so much she doesn’t want to hear its anthem. That’s the kind of position that gets you rewarded by Joe Biden. Hate America? Perfect. We’ll free the guy who sold weapons to drug cartels to get you out early. So, there’s that.

“And then there’s the matter of identity, which is central to equity. Britney Griner is not white and she’s a lesbian. Now, those facts might seem irrelevant to you — we hope they do seem irrelevant, because they are — but they’re not irrelevant to the White House press secretary.

“In the view of the White House press secretary, those are essential qualifications for a prisoner swap.” – Tucker Carlson, last night.