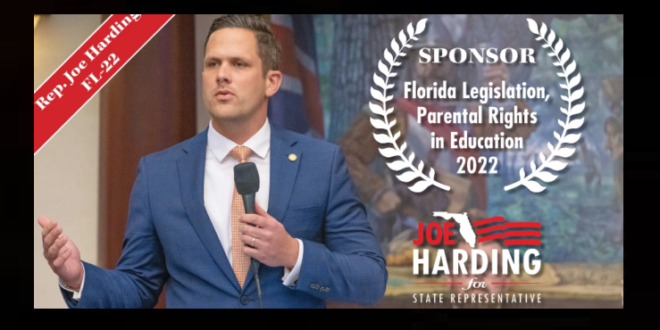 In January a blimp company executive in Florida, Patrick Walsh, will be sentenced after pleading guilty to wire fraud, also from charges related to pandemic aid fraud. Walsh, of Williston, was accused of fraudulently obtaining millions in pandemic assistance, in August 2022.

More about the brother-in-law’s case:

Walsh pleaded guilty to defrauding the federal government of nearly $8 million in relief aid meant to help average Americans during the height of the COVID-19 pandemic. The judge allowed him to remain free until he is sentenced at the end of January.

Among other expenses, Walsh used some of the money to buy a private two-acre island in the Gulf of Mexico off the coast of Yankeetown, Florida, prosecutors said. He also put a down payment on a luxury ski lodge in Jackson Hole, Wyoming, and paid off the 78-acre farm where he lives south of Gainesville

Last week Harding, who is facing six felony charges, petitioned the court to delay his own trial until May.