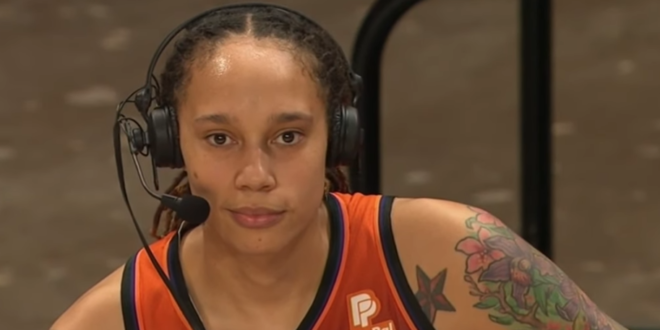 Brittney Griner Arrives In Texas After Release By Russia

Brittney Griner, the American basketball star detained by Russian authorities in February, has safely returned to the US after being released from custody in a prisoner exchange. Griner stepped off the plane shortly after 5:30 a.m. ET Friday at Kelly Field in San Antonio, Texas.

The Biden administration repeatedly made offers to get Paul Whelan released as part of this deal, even after Russia made clear only Griner was acceptable.

In the end, when it was clear Russia was going to refuse on Whelan, the US had to accept it. “It was a choice to get Brittney or nothing,” a US official said, adding that was a “difficult decision” for Biden, but again, one he felt he had to make.

Breaking News: Brittney Griner, the basketball star detained by Russia, has landed in Texas and will be taken to an Army hospital. https://t.co/XHwvbed9Wd

Previous Carlson: Whelan Wasn’t Swapped Because He’s White
Next Fox News Host: Griner Should Have Been Left In Russia