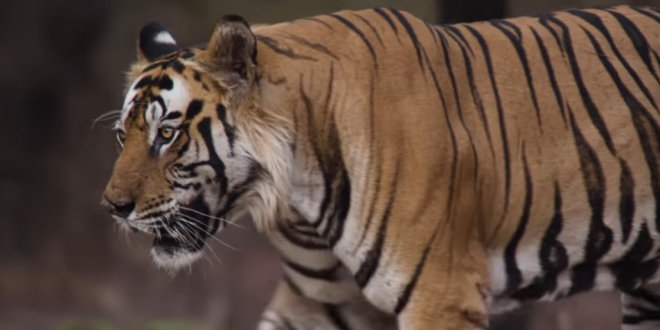 Biden To Get Bill Banning Private Ownership Of Big Cats

A bill severely restricting private pet ownership of big cats like tigers and lions passed the Senate by unanimous consent, sending the measure to President Joe Biden’s desk for his signature.

Certain institutions, such as wildlife sanctuaries, universities and certified zoos, would still be allowed to keep the animals. The bill would also stop members of the public from engaging in activities like photo opportunities with and petting the animals.

Actively pushed by animal welfare advocates for years, the issue gained national attention following the release of the documentary “Tiger King,” which highlighted the private zoo community and treatment of its animals. One of the featured subjects in that show, animal rights advocate Carole Baskin, is one of the leading proponents of the legislation.

Coming into fruition 3 years after @NatGeo’s award-winning reporting on captive tigers in the U.S., the Senate has officially passed the Big Cat Public Safety Act, which prohibits owning lions, tigers, or other big cats as pets and ends public contact: https://t.co/9Xw8DPSZnP

The Big Cat Public Safety Act has passed the Senate. Now on to @POTUS. Bill prohibits the possession of big cats except by qualified entities. We’ve seen impacts firsthand. In 2021, @BronxZoo assisted with rescue of this cougar from a private home. Thank you to bill champs. pic.twitter.com/VQOL0OWtn2

Thanks to the dedication of so many advocates on behalf of captive big cats in the U.S. who have reached out to voice their support – the Big Cat Public Safety Act passed the Senate tonight! It still has to be signed by President Biden, but this is a huge step forward! THANK YOU! pic.twitter.com/AT54q470Nb