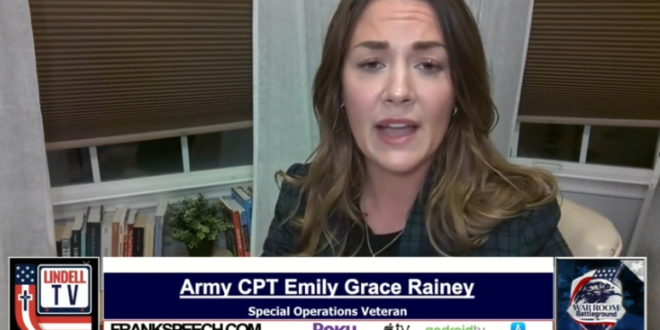 Let me lay the scene out for you. You have a very quaint downtown of a southern conservative Christian area, and a drag show event coming from Raleigh, called the House of Coxx with the chief performer, Naomi Dix, decides they’re going to do an all-ages drag show in our historic downtown theater.

So, like you mentioned, we countered – we mobilized the community, got enough pressure to the point where they finally relented and changed the age from all ages to 18 and up.

So our first objective was achieved and we are very happy about that, but we still wanted to protest and pray, because it was inappropriate that such a red light district show was right in a family friendly downtown, and it was within a thousand feet of a church and school, so these were breaking basic ordinances.

So, we gathered, and for two hours, from 5-7 PM, a group of Christians and myself, we prayed over – out front of the theater and read scriptures, Holy Scripture, and prayed, while no less than what was equivalent to an exorcism was happening on the other side of the police tape.

And the, you know, relentless Christophobic, anti-Christian hate speech being spewed from a group of LGBTQ aggressive activists was, you know, incredibly disturbing.

The blasphemies were really just unspeakable, and we were, we – as much as these aggressive leftists want there to be an attack on a drag show, they just can’t seem to get the Christians to attack.

Well, maybe it’s just because that’s not what Christian conservatives do. And so, if they can’t have us attack them, they will invent an attack. And that’s what happened next.

There also happens to be a titty bar in that “family friendly downtown.” The clip below is from Mike Lindell’s FrankTV. Emily Grace Rainey attended the attack on the US Capitol and collaborates with the Proud Boys.