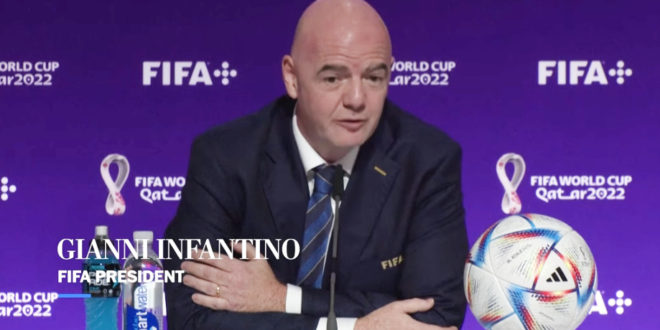 Both English and German soccer associations are considering legal action against FIFA after the sporting body banned players from wearing OneLove armbands promoting diversity and inclusion at the World Cup in Qatar.

The German Football Association (DFB) may file a claim at the Court of Arbitration for Sport in Switzerland to challenge the legality of FIFA’s threat to punish players wearing the armband, according to the German tabloid Bild.

“FIFA has banned us from showing diversity and human rights,” a DFB spokesperson told Bild in a statement. “They combined this with massive threats of sporting sanctions without specifying them. The DFB is checking whether this action by FIFA was legal.”