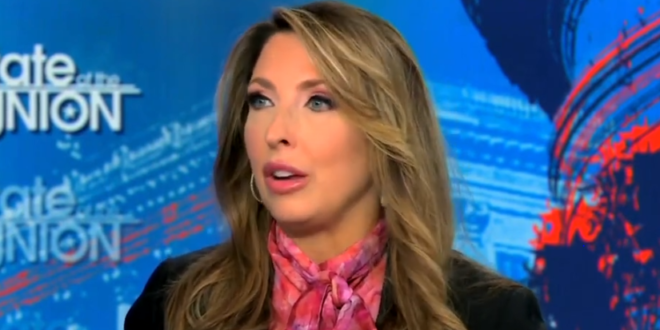 The Republican Party posted a quote on Twitter Friday about freedom, of all things, that was falsely attributed to George Washington. It was quickly shot down by a CNN reporter.

The GOP tweeted on Friday: “Let freedom be free.” It added a quote allegedly from Washington saying: “It will be found an unjust and unwise jealousy to deprive a man of his natural liberty upon the supposition he may abuse it.”

But CNN reporter Andrew Kaczynski fired back that Washington had nothing to do with the quote, according to the George Washington Mount Vernon Estate. It lists the phrase in the GOP tweet under “spurious quotations.”

According to Mount Vernon, this quote is fake and George Washington never said it. https://t.co/LzpnEhMU4X https://t.co/C2ej0yYWIZ pic.twitter.com/VBUnvG5QmI

George Washington did not say this. Maybe you would know that if you stopped banning history textbooks.