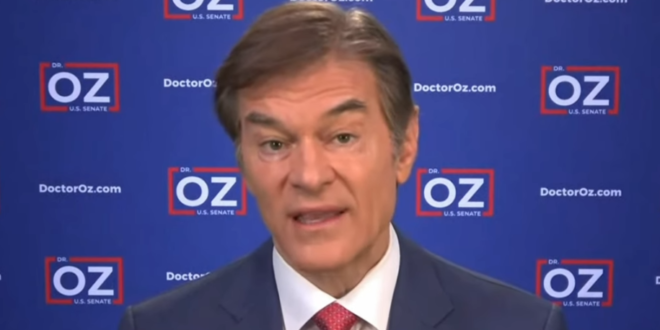 REPORT: Oz Is Trying To Revive His Television Career

Dr. Oz’s former producers who worked on his longtime talk show are refusing to talk to him after his failed run for U.S. Senate in Pennsylvania, RadarOnline.com has learned. Oz has been desperately attempting to plot a television comeback after losing his race to democratic rival John Fetterman.

“No one in the mainstream will touch him,” a source told RadarOnline.com. “You can’t alienate half of your audience with a political stance and expect to bring in an audience on your return to television,” the source added. We’re told that Oz had impressed execs at Fox News and Newsmax but no firm offers materialized.