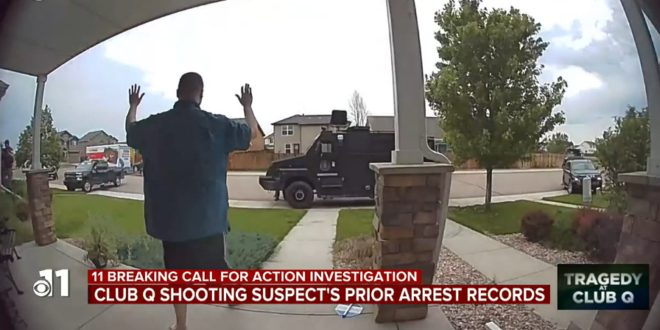 REPORT: Club Q Gunman Wanted To Be Next Mass Killer

KKTV 11 News has obtained old arrest papers, and in them, a man reportedly told his family that he wanted to be the next mass killer. Sources confirm to 11 News the man in the arrest papers is the same man as the accused Club Q gunman. Investigators will not confirm if the accused gunman is tied to the arrest of a man with the same exact name, and same exact birthday back in the summer of 2021.

The old case is not showing up in public court records. The records appear to be sealed. There’s no public record that Anderson Lee Aldrich was arrested in the summer of 2021. In the three-page affidavit from 2021, investigators believe Aldrich told his family he planned to carry out a mass shooting. Aldrich’s grandma told investigators her grandson had bragged about, “wanting to go out in a blaze.”

Read the full article. Watch the video at the link.