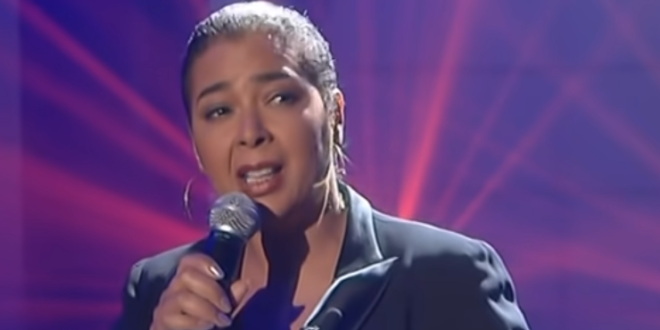 Irene Cara, the Oscar-winning singer of the title tracks to “Fame” and “Flashdance,” has died at age 63, her publicist announced late Friday. Cara died in her Florida home of an undisclosed cause.

Cara was trained in music, dance and acting as a child and appeared on stage and on television, including appearances on PBS and on Johnny Carson’s “The Tonight Show,” at a young age in the 1970s.

But she rocketed to fame when she was cast in the 1980 musical “Fame.” She then won a Grammy and an Academy Award in 1984 with the title track to “Flashdance,” the film starring Jennifer Beals as an aspiring dancer.

This is the absolute worst part of being a publicist. I can’t believe I’ve had to write this, let alone release the news. Please share your thoughts and memories of Irene. I’ll be reading each and every one of them and know she’ll be smiling from Heaven. She adored her fans. – JM pic.twitter.com/TsC5BwZ3fh

Previous Christie Blasts Trump Over Dinner With Nazi Leader
Next Report: Twitter Has Lost Half Of Its Top 100 Advertisers