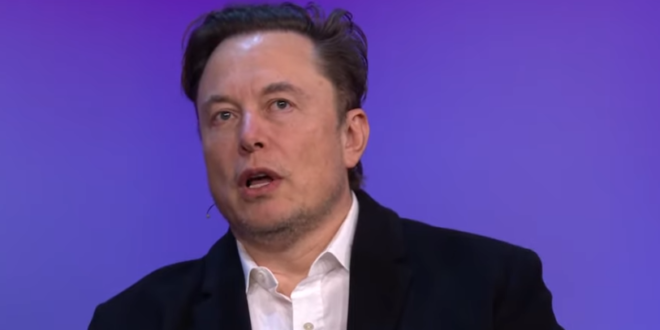 Elon Musk on Thursday said “a general amnesty” for suspended Twitter users will begin next week after he posted a poll over whether the platform should take action to restore affected accounts. “Should Twitter offer a general amnesty to suspended accounts, provided that they have not broken the law or engaged in egregious spam?” Musk asked in the poll.

As of Thursday afternoon, a little more than 3 million users had participated in the poll, and just under three-quarters had voted in favor of the amnesty. “The people have spoken. Amnesty begins next week. Vox Populi, Vox Dei,” Musk said, touting the Latin phrase meaning “the voice of the people is the voice of God.”

For all of Elon Musk’s promises to advertisers that San Francisco tech company Twitter would be “politically neutral” under his ownership, Musk has veered into explicitly conservative territory in recent days. Now, he’s brought his criticisms to a common right-wing punching bag: San Francisco.

After Thiel Capital managing director Eric Weinstein accused pre-Musk Twitter of “shadow banning” and manipulating “the world’s online conversations,” Musk griped. “It has been really bad. Far left San Francisco/Berkeley views have been propagated to the world via Twitter.”

In the month since Musk took over Twitter, groups that monitor the platform for racist, anti-Semitic and other toxic speech say it’s been on the rise on the world’s de facto public square. That has included a surge in racist abuse of World Cup soccer players that Twitter is allegedly failing to act on.

On Oct. 28, the day after he took control, Musk tweeted that no suspended accounts would be reinstated until Twitter formed a “content moderation council” with diverse viewpoints that would consider the cases.

On Tuesday, he said he was reneging on that promise because he’d agreed to at the insistence of “a large coalition of political-social activists groups” who later ”broke the deal” by urging that advertisers at least temporarily stop giving Twitter their business.

Many predicted reinstating banned accounts would have very bad outcomes and help bring on the “free-for-all hellscape” that Musk had promised advertisers would not come to pass in a letter posted to Twitter on the day he took possession of the platform.

“This would be a major disaster especially in Africa where State sponsored Ghost accounts were suspended for endangering human rights activists & journalists,” Hopewell Chin’ono, a journalist in Africa tweeted. “You would have allowed vile people to put our lives in danger as journalists! You will have blood on your hands @elonmusk.”

Whether Musk can do what the Twitter poll seeks is a matter of debate. He has laid off leaders of the trust and safety team, which would normally handle the logistics of reactivating the accounts.