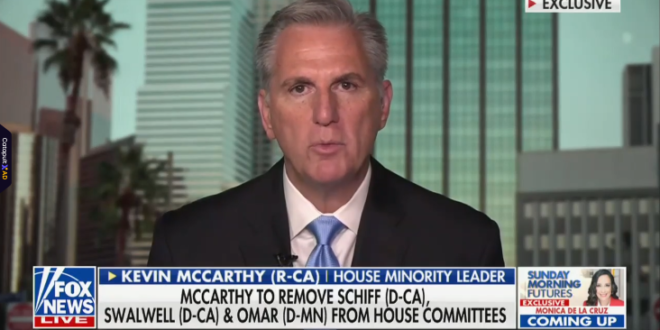 “You have Adam Schiff who had lied to the American public time and again. We will not allow him to be on the Intel committee either.

“And you look at, Congresswoman Omar, her anti-Semitic comments that have gone forward, we’re not going to allow her to be on Foreign Affairs.” – Kevin McCarthy, after being egged on by Fox host Maria Bartiromo.

Kevin McCarthy says on Fox News that as Speaker he plans to prevent Ilhan Omar, Adam Schiff, and Eric Swalwell from serving on committees pic.twitter.com/gekzYBRXSj