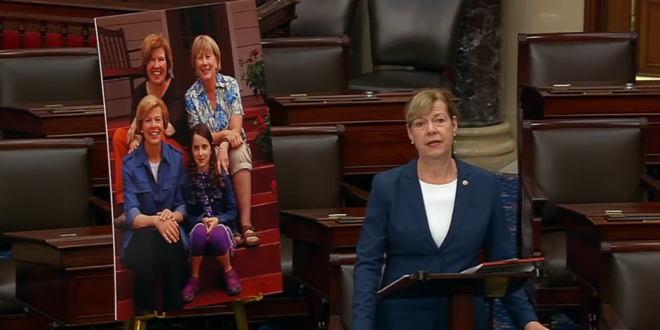 The Senate on Wednesday afternoon will hold a crucial test vote on legislation to provide federal protections for same-sex marriage, with proponents in both parties expressing fresh hope that they had at least 10 Republican votes necessary to break a Republican filibuster and move it through the 50-50 chamber.

In the wake of midterm elections in which they retained control of the Senate but were on track to lose the House to the Republicans, Democrats made the same-sex marriage bill one of their first major agenda items in the postelection session, moving quickly to enact it while their party still controls both chambers.

A successful vote on Wednesday would be a crucial signal that the Respect for Marriage Act was on track to become law, an improbable outcome for a measure that was once regarded as a symbolic act by Democrats against solid Republican opposition that would block it from clearing Congress.