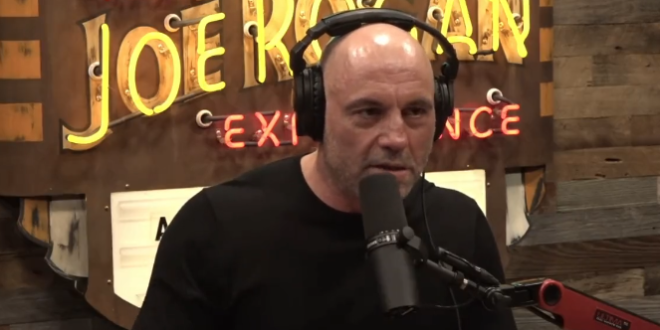 “I fed into that and let me — I should probably clarify that a bit. I have a friend and my friend’s wife is a school teacher and she told him that there was discussions in the school that a mother wanted to put a litter box in one of the bathrooms.

“And he told me this and I talked about it on here and then people were saying, ‘That’s not true, it’s an internet rumor.’ So I contacted him again and I said, ‘Tell me exactly what she said and contact her and find out.’

“I think there was discussions about doing it because there was one particularly wacky mother, but there is — it doesn’t seem that there’s any proof that they put a litter box in there.” – Joe Rogan, on today’s podcast.

Rogan first made the claim last month with his guest Tulsi Gabbard agreeing. As you can see below, his claim was leapt upon by the most hateful account on Twitter.

Joe Rogan tells Tulsi Gabbard about a teacher he knows who said her school was forced to install a litter box for a student who identifies as a cat. pic.twitter.com/jqU4T1V9Nl

Previous GOP Rep. Claudia Tenney On Paul Pelosi Attack: “LOL”
Next Trump Settles With Protesters Beat Up By His Guards