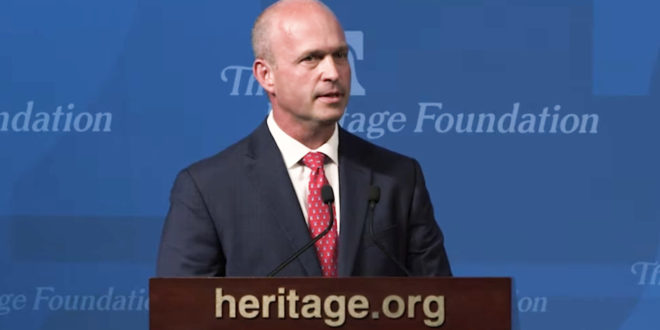 The Heritage Foundation, a conservative think tank, is spending more than $1 million to run advertisements during the Thanksgiving weekend NFL and college football games to warn Americans that the new Respect for Marriage Act will “expose religious schools and nonprofits to lawsuits,” Fox News Digital reported. It is the biggest campaign the Heritage Foundation has ever launched.

The Respect for Marriage Act’s final vote in the Senate is scheduled for Monday, which, if passed, will codify the right to same-sex marriage. “America’s religious liberty is under attack with this impending vote in the Senate,” Heritage Foundation President Kevin Roberts said. “This legislation does not add one additional benefit to same-sex couples in the United States; it’s an attack that sets the stage to take rights away from people of faith.”

See the ad below.

What religious schools and organizations could face in the very near future if the (Dis)Respect for Marriage Act passes:

This radical legislation, while posed as anti-discriminatory, is anything but. pic.twitter.com/XI4okDOG1r