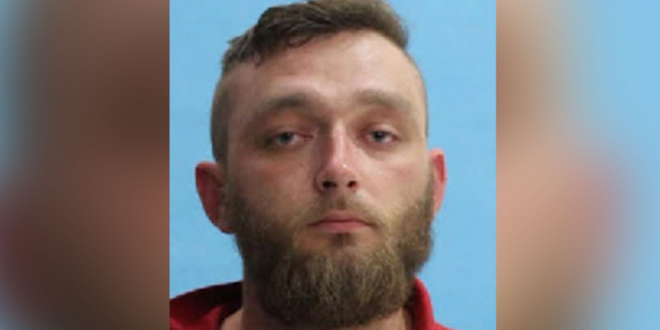 Via press release from the City of Tampa:

A man who fired his weapon outside a South Tampa bar after yelling racial slurs on Monday has been taken into custody.

Just before 9 PM on November 21, 2022, the Tampa Police Department responded to the SOHO Saloon, located at 410 S Howard Ave for a call of shots being fired.

An investigation revealed that Dustin McCann, 30, was removed from the bar for causing a disturbance by repeatedly using the “N-word” towards an African American male security guard. Security escorted McCann from the premises.

Shortly after, according to witnesses, McCann entered his vehicle parked across the street in a parking lot, and as he drove away, witnesses reported McCann fired multiple gunshots from his vehicle into the air while yelling “White Power.”

Tampa Police detectives were able to identify McCann and obtain a warrant for his arrest. On Tuesday night, November 22, with the help of the Arcadia Police Department, McCann was located and arrested on four counts of aggravated assault with a firearm and one count of discharging a firearm from a motor vehicle.

All of the charges will be enhanced with 775.085 Evidencing prejudice while committing an offense (Hate Crime Enhancement).

“Racist conduct like this has no place in our community, which is why our Tampa Police Officers worked swiftly to find this suspect in less than 24 hours and bring him to justice,” said Chief Mary O’Connor. “He will now be held accountable for his criminal actions.”

Dustin McCann, 30, used a racist slur toward a security guard at the SoHo Saloon and then fired shots into the air while shouting “white power” as he drove away, police said.https://t.co/hbkZrTWGCX