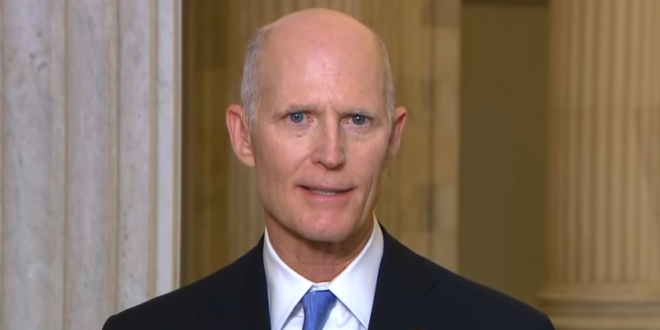 On Monday evening, several Republican senators — facing the Capitol Hill press corps in-person for the first time since news broke of Trump’s dinner — denounced the meeting. South Dakota Sen. John Thune, the Republican Whip, told reporters that the dinner is “just a bad idea on every level. I don’t know who was advising him on his staff but I hope that whoever that person was got fired,” HuffPost reports.

Sen. Rick Scott (R-Fla.), head of the Senate GOP’s campaign arm, called on all Republicans to condemn white supremacy and antisemitism. “There’s no room in the Republican Party for white supremacists and antisemitism, so it’s wrong,” he told reporters. Sen. Bill Cassidy (R-La.) said on Twitter that Trump hosting Ye and Fuentes “encourages other racist antisemites,” adding: “These attitudes are immoral and should not be entertained. This is not the Republican Party.”

Read the full article. Still nothing from McCarthy.

Senate GOP Whip John Thune told us Trump dining with Fuentes was “a bad idea on every level.”

“Well, that’s just a bad idea on every level. I don’t know who’s advising him on his staff, but I hope that whoever that person was got fired,” he said

“It’s bad – there’s no question about it,” Sen. John Cornyn told me, adding he “never heard of” Fuentes.

Sen. Shelley Moore Capito said she thinks “it’s ridiculous you would do something with someone who espouses those views.”

Rick Scott: “There’s no room in the Republican Party for White supremacy, antisemitism.”
Asked whether Trump should condemn them, Scott said: “I think Republicans should all condemn White supremacy and anti-Semitism.”