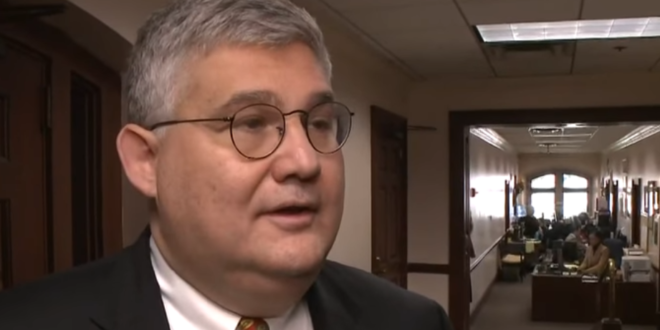 A state judge singled out Georgia Republican Party chairman David Shafer, one of the fake electors for Donald Trump, for the unique role he played in efforts to overturn the 2020 presidential election in the Peach State as part of a ruling on Wednesday.

Judge Robert McBurney, who is overseeing the special purpose grand jury investigation into 2020 election interference in Fulton County Superior Court, ruled that two attorneys for 11 of the so-called “alternate electors” in Georgia can’t represent all of them. McBurney cited Shafer’s central role as an organizer in efforts to overturn the election results.

Fulton County District Attorney Fani Willis, a Democrat, has already informed the entire group of 16 Republicans who served as pro-Trump electors – even though Trump lost the state in 2020 – that they are targets of her probe. The new ruling puts a spotlight on Shafer’s role in particular.

Fulton County DA Fani Willis has already informed all 16 Republicans who served as pro-Trump electors they are targets of her probe.

But the new ruling puts a spotlight on Shafer’s role in particular.https://t.co/kQlRmB6eAO