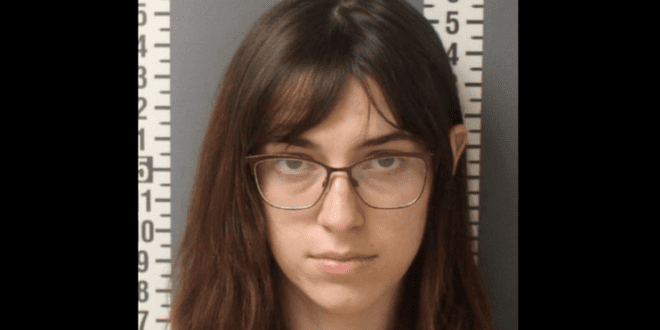 A federal judge on Monday ordered Riley Williams, a 23-year-old right-wing extremist, taken into federal custody after a jury convicted her on six of the eight counts she faced in connection with the Jan. 6 attack.

Williams was found guilty on six counts, but the jury deadlocked on two others, including whether she aided and abetted the theft of a laptop in the office of House Speaker Nancy Pelosi.

Williams, a follower of the “Groyper” movement, stormed the U.S. Capitol on Jan. 6, filming rioters breaking into the building, then encouraged members of the mob up a set of stairs toward House Speaker Nancy Pelosi’s office. She also pushed up against cops and tried to organize other rioters inside the Capitol rotunda.

Riley Williams was accused of stealing Pelosi’s laptop. She wasn’t convicted of the laptop, but 6 other charges. After a warrant was served, her father 55-year-old Rickey Williams was charged with felony child pornography. Riley has been remanded to jail until sentencing. pic.twitter.com/4jExPxoRct

“You work for us”

“You forgot who you work for”

A federal prosecutor told jurors during ongoing closing arguments that Riley Williams “led an army up the stairs” towards Pelosi’s office.

“This is the person she wants to kill, she knows whose office she’s in.”

Previous Court To Hear Meadows’ Appeal On Georgia Testimony
Next Pompeo: The Most Dangerous Person In The World Is The Head Of American Federation Of Teachers Union