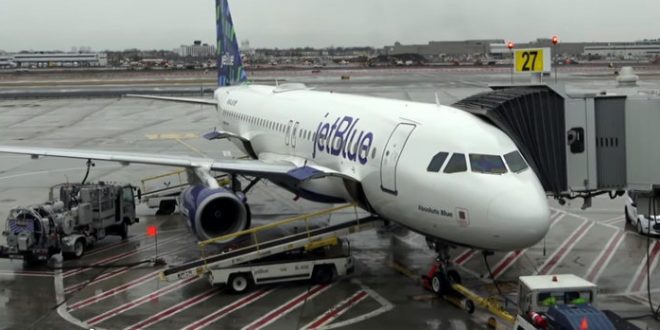 A 41-year-old Syracuse, Utah man has been arrested and charged in a federal criminal complaint for carrying and using a straight edge razor blade during a flight Monday, November 21, 2022.

The United States Attorney’s Office filed the complaint Tuesday, November 22, 2022, charging the defendant, Merrill Darrell Fackrell with Carrying a Weapon on an Aircraft and Assault with a Dangerous Weapon in the Special Aircraft Jurisdiction of the United States.

Fackrell was seated in a window seat next to married passengers. During the flight, Fackrell placed his hand in front of the woman’s screen and told her to pause her movie.

According to the complaint, the woman took off her headphones and realized Fackrell had his hand clutched with what appeared to her as a knife, inches from her skin at her throat/neck area.

The woman’s husband went to the front of the aircraft to get assistance from the flight attendant. The woman lunged for the aisle to escape and Fackrell reached and tried to stop her by grabbing her shoulder.

The object was secured and later identified as a Facon wood-handled straight edge razor with a one-to-two-inch blade.

The big question: How did the man manage to carry a razor blade through the advanced-imaging full-body scanner, or the carry-on luggage x-ray scanner? Were TSA agents asleep on the job?